I am no longer able to access my notebook after syncing my laptop with OneDrive. My photos were all stored in OneDrive originally, and seem to be in their same location as before the sync. However, they now are listed in photos under “this PC” as well as OneDrive because of the sync, so the duplication might be the problem.

Would getting rid of the duplicated files be a good idea? If not, how else might I solve this! 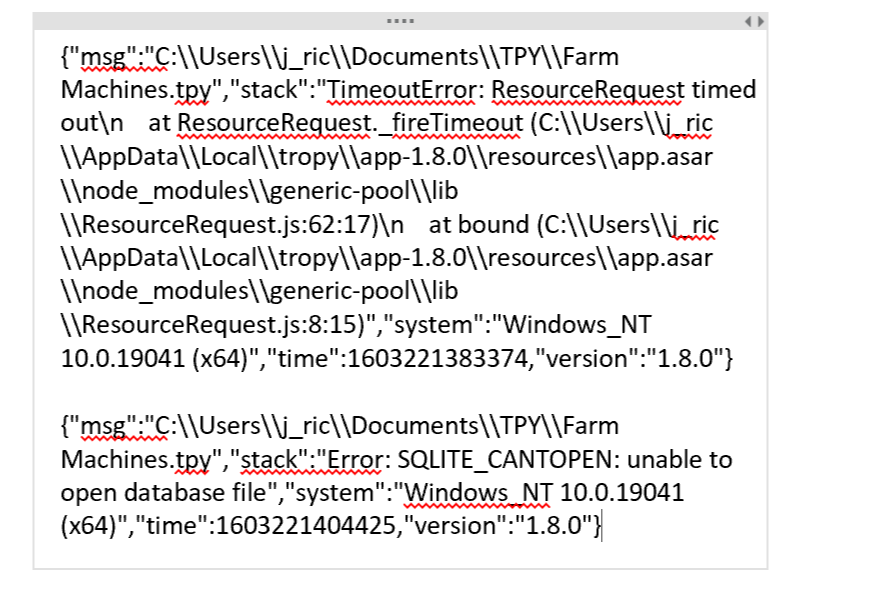 A Follow-Up: The Link Below to Another Forum Post helped me

Hi Caroline, Did you create your projects at the default location? If so, they should be in your Documents folder; for example, from your main log file it looks like ~/Documents/Archives Menthonnex.tpy was opened when you started Tropy. If your project files are there, can you try to open them directly? To open a project file, you can either double click on it, drop it into Tropy, or select File -> Open from Tropy’s menu and select the project file. If you can’t open the projects this way, co…

I was able to get my project to open by copying the TPY file to a place on my computer (under desktop) and then using File–Open in Tropy to open the project from the TPY file from there. Metadata visible. Pictures still stored in OneDrive.

Will I just have to open the project this way from now on, then?
Is there a danger with the TPY file and syncing? Do I have to worry that there are now multiple versions of the TPY file on my computer and in One Drive?

PS: I did not do any deleting of the duplicated files. That’s probably good.

At start-up, Tropy will always check for your most recent project file: if the file exists, it should open automatically.

It’s not an issue to keep duplicates around as back-ups, but make sure to always open the same file when you’re working on your project. Tropy can open any version of the project file, but obviously it will be easy to get confused if you work on multiple versions of the same project: as an analogy, imagine you’re making multiple copies of the same text document – if you keep working on different copies, the text contents will start to diverge.

Note that it’s perfectly fine to create multiple different projects for different purposes; but multiple versions of the same project should only be used as backup copies (each project is uniquely identified, so even if you make copies of a project file and open them at different locations, Tropy sill knows that they are the ‘same’ project).