The Windows Home and End keys (these ones) work in two different ways depending on where you are in Tropy.

In the project view and when typing a note in the item view, pressing these keys moves your cursor to the beginning or end of a line, which is normal. But in the metadata pane inside the item view, they delete the contents of the field being edited. Is this a bug?

Here is an example. In this picture, a metadata field has been selected. 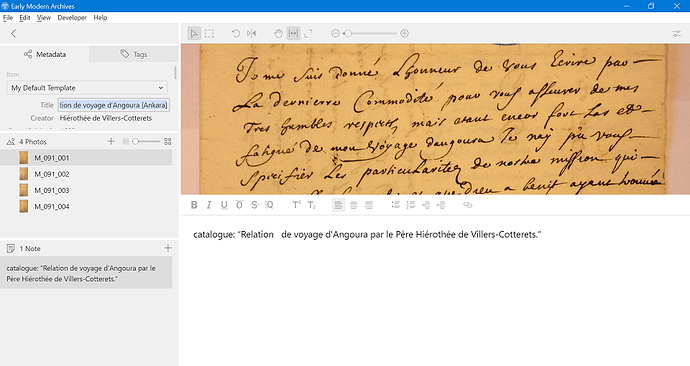 In this picture, we see the result of pressing End. The field is rendered blank. 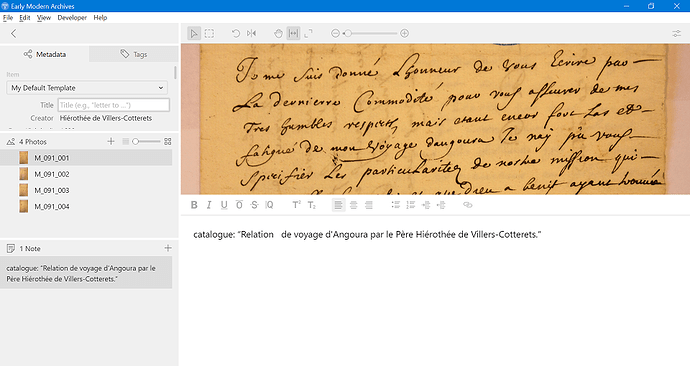 Yes, I think that’s not right, Home/End should behave like in other text fields. We’ll fix this in the next release. Thanks for reporting!

FYI this will be fixed in 1.8, but there’s a caveat. The reason why the contents were deleted actually had to do with the auto-completions. When there are completions available the up, down, home, end, and page up/down keys let you navigate the completions. The key-bindings were active even when there were no completions, that’s why the contents were cleared: they were completed to nothing. Now, obviously that’s not right, so those keys will work as you’d expect in the future when there are no completions. Just thought I’d let you know that if there are completions they will navigate those instead of the text caret (which you can still move with the left and right keys).

I think this is OK, but let me know if you think it’s important for the home/end keys to work on the caret even when there are completions.

Thanks a lot. I think that if the behaviour is changed when there are no completions, that will be good enough. The feature you’re describing sounds useful, and, in any case, someone will be able to see and understand what’s going on in those situations.