How to fill in missing photos in a bulk import?

I jumped the gun and imported what I thought were all of my day’s photos before I realized there were gaps in the photo record. (I did not wait long enough for iphoto to sync all of my photos). Now, I need to fill in the “missing” photos which are not in any particular order. Is there any way to fix a partial bulk import besides going through and painstakingly selecting and adding each missing photo? If I re-do the bulk import, will that result in duplicates?

I tried to re-import a group of photos that partially transferred before and clicked “no” to the files tropy recognized I already had. But now nothing appears when I click on “last import” so I have no idea where the new stuff went.

In the preferences, set the option ‘During Import’ to ‘Skip duplicate photos’ (or ‘Ask me every time’); if you do that, Tropy will skip photos which already exist in your project. 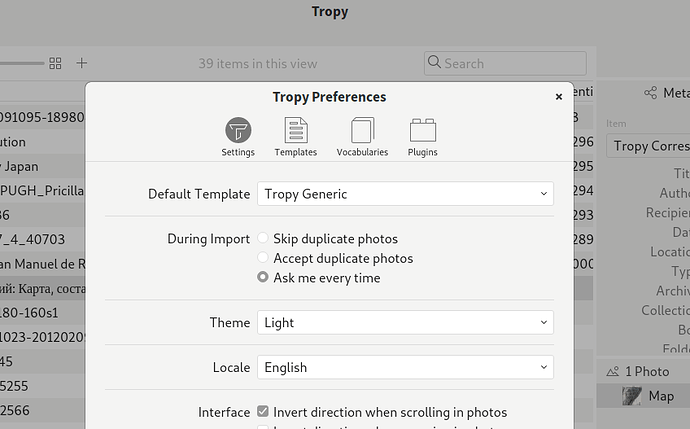 To check whether or not a photo is identical, Tropy computes a checksum of the photo, so it does not matter from where the photo is being imported or what it’s called, when the image data is the same it counts as a duplicate.