I have verified that if we use the “Deconstruct object” option to return to the separate images, they lose their original name in the central project view. The images should now have the original name they had before they were merged, but this is not the case.
It is necessary to fix this problem.
Thanks, 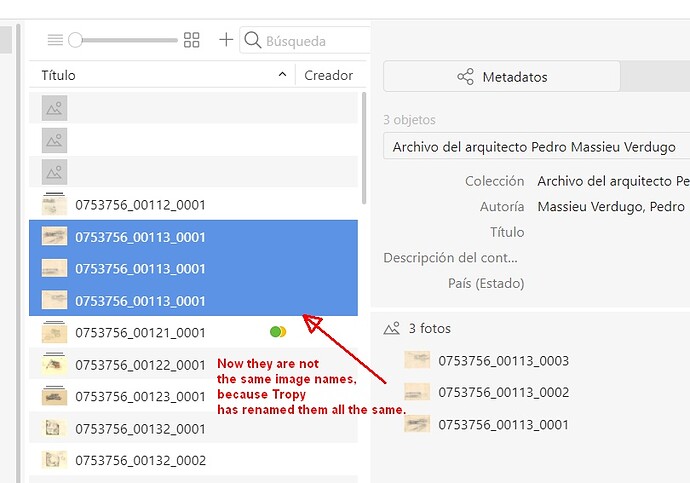 If you merge multiple items into one, you can undo the merge operation to get separate items with their original titles.

The ‘Explode item’ operation is similar to an undo of a merge operation, but it is different, because there is no knowledge or any original items. In order not to lose any metadata the new separate items retain all metadata at the item level: for this reason they all have the same title. The photos themselves still have their original items, so you can restore the original title by copying them from the photo level to the item level.

So, in short, if you’ve just merged items, you can restore them by undoing the merge. Later on, you can still explode items into several single-photo items, but they will retain all the item-level metadata of the merged item.